The second installment in the Fire Born Novels continues Layla and Max’s story, widening the supernatural world and introducing a new set of characters into the fray. TORN ties together the loose strands started in TIED, and is a key element toward completing the circle of the trilogy.

Unlike book one in the series, TORN revolves not only around Layla LaBelle’s journey, but we get a view inside Max’s head, as the story is written in both perspectives.

With a passion for the supernatural and all things magical, Laney McMann developed a voracious appetite for reading fantasy at a young age. By the time she reached her teens, Laney had accumulated notebooks full of poems which led to short stories and finally novels, specifically in the young adult dark fantasy, paranormal romance, and mythology genres.

Stay tuned next month, as I have New News regarding the series. 😉

I’ve had a few emails from readers asking about TORN, the 2nd book in the Fire Born series, as well as the series in general, so I wanted to answer some questions for you guys.

First, YES, the Fire Born Novels will continue after TIED, and Layla and Max will be back to continue on with their story.

I wouldn’t just leave you guys hanging like that. ;P

TORN will be released in September of this year (2014).

And I know some readers are bummed that they have to wait. I feel you all on that. I have two series enders I’m waiting to read in 2014, too. Two AWESOME YA series’ that are in their final books. If you think about it for a second, you’ll know exactly which books I mean.

Thing is, novels take a while to write, edit, proof, and format. Covers have to be created, and all of the behind the scenes stuff that goes into publishing a novel takes time.

ON THE UP SIDE, the cover and blurb for TORN will be out pretty soon. Not tomorrow, but soon.

Come early summer, I’ll be having an ARC giveaway, so you can try your hand at winning the early release.

The excerpt (first 500 words) will be released sometime early summer, I believe, too. 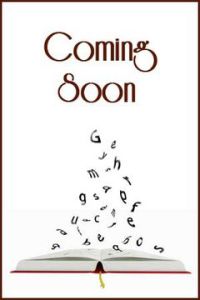 SO … TORN is coming! And I swear it’s worth the wait.

Thanks for the emails, and the questions, and the TIED love!

Hope you guys have a Happy, Safe New Year!