It’s Official ~ My New #YA Series Has A Home

I am thrilled to finally announce that my new YA Urban Fantasy series,

has found a home.

I am happy to be joining the very talented and community-oriented group of authors at Booktrope.

the first book in the Primordial Principles series,

#TeaserTenth is a monthly meme for writers, both published and unpublished. It’s a great opportunity to meet other writers, as well as readers, by sharing a sampling (10 lines or less) of the stories we are working on, or have already published.

Feel free to join! (click the badge above for details.)

This week, I’ve decided to share lines from one of my works in progress. This is taken from a random spot in the book. (unedited.)

“It’s four fifteen in the morning, and I’m afraid to even venture why I received a notice for you to appear in front of the Warden later today, and Danny has nothing to say, which could only mean one thing—” Plumb looked Cole up and down. “With the condition you’re in, I’m not sure I want to know where you’ve been.”

“You probably don’t.” Cole held his hand out for the summons.

Plumb handed the paper over, scowling. “Are you going to tell me where you’ve been?”

“Thought you didn’t want to know.” He walked toward the porch.

“What were you doing in the middle of the night that the Principals couldn’t handle?”

To join in here’s the link: http://www.jabelfield.com/teaser-tenth.html

And a big Thank You to J.A. Belfield for creating the meme.

The Fire Born are back and

In honor of TORN’s release, I have a ton going on.

Check it all out: 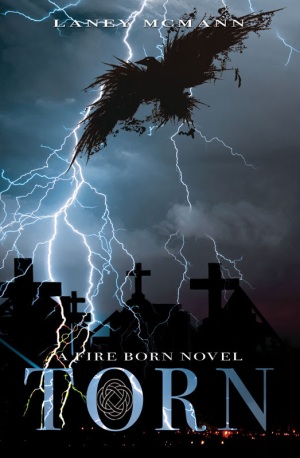 That’s all Layla cares about. Not healing from the Fomore attack. Not finding answers to how she survived a fall that nearly killed her. Nothing will stop her. She will find him. She’ll even pair up with an overbearing Fallen Angel who’s hell bent on making everything harder than it needs to be if she has to.

For Max, nothing else matters. Not the bruises covering his body. Not the pain radiating from his broken bones. Not even his hands tied behind his back. He will find a way to save Layla, and the Fomore will pay if they’ve hurt her.

Every. Single. One of them.

In the second installment of The Fire Born trilogy, a new breed of villain looms—one Layla and Max will never suspect, and this killer has nothing to lose. Better yet, with Max and Layla’s deaths, victory is in the grip of the enemy.

Will Max and Layla find each other in time, or is it already too late for them both?

The Book Tour is happening now, and here’s the schedule for anyone who wants to see what I’m talking about: TORN Book Tour

The TORN Book Blast and Book Blitz are also happening all over social media for the next few days. Thank you, thank you to all the awesome bloggers/readers, and writers who are participating! 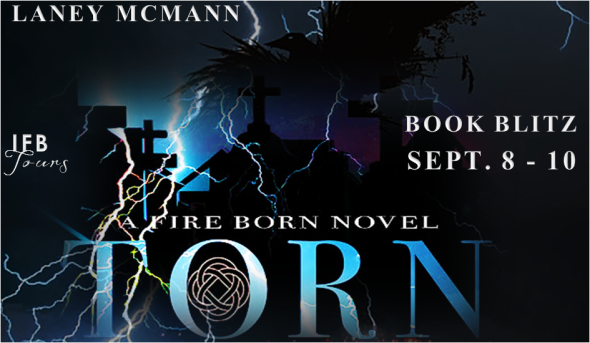 Also, as I mentioned a few days ago, TIED (Fire Born 1) is one sale until September 15th to celebrate its ONE YEAR book birthday. : ) (Plus, it gives you guys a chance to pick up the book if you haven’t yet, before you read TORN. They kind of need to be read in order.)

And finally, the GIVEAWAY!

I have several giveaways happening across the board, three to be exact.

The TORN Book Tour giveaway and the Blast I’ll be hosting alongside my publisher, as well as all the other bloggers participating. The Book Blitz Giveaway is being hosted by Itching For Books (click the banner) 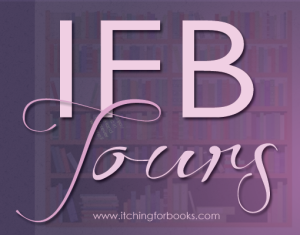 HERE’S WHAT’S UP FOR GRABS on my blog for the Book Tour:

AND here’s what up for grabs for the Book Blast:

WHEW! That’s it guys. Sorry for the long post. I’m off to finish the 3rd Fire Born Novel 😉

All That We Had Is Lost

My publisher made me aware of an anti-bullying campaign happening across social media called, Writers Against Bullying, and has asked me to join in on the movement and speak up.

I thought for the sake of this post that I would look up the definition of bullying. Most people seem to assume it only, and I use the word ‘only’ very, very lightly here, means being knocked around. It doesn’t.

The definition per StopBullying.gov defines bullying as the following:

Bullying is unwanted, aggressive behavior among school aged children that involves a real or perceived power imbalance. The behavior is repeated, or has the potential to be repeated, over time. Bullying includes actions such as making threats, spreading rumors, attacking someone physically or verbally, and excluding someone from a group on purpose.

I never thought I got bullied as a kid, and then I read this definition and realized I was wrong. Honestly, after reading that definition it would be safe to assume that everyone has been bullied at one point or another.

I write young adult fiction, and I remember being a teenager very clearly. Everyone talking about everyone else, spreading rumors, excluding people, making fun, it seemed so normal. Thing is, bullying can have life long, and sometimes devastating, consequences. When I was in middle school, a guy grabbed my butt in the hallway. I sank my nails into his arm, detaching his hand, and he called me a bitch and slapped me. Across the face. In a crowded hallway. And No One did anything. Including me. I was shocked and pissed and suddenly afraid. Too afraid to say a word to a teacher, or the dean, or even my mom. I didn’t think that was bullying. But it was. Hell, when I was in middle school, no one even talked about bullying. I avoided that kid like the plague for two years in middle school.

Now, I’m a mom, and I dealt with my son getting bullied on and off from Kindergarten through Fourth grade. I was told by more than one teacher that, “Boys will be boys.” Those words triggered the same anger I felt in the hallway when I was 13 years old. Boys will be boys. Boys can do what they want and not get in any trouble for it, because, you know, that’s what ‘boys’ do. Thing is … it’s NOT what all boys do, and it’s NOT okay to use a cliche as an excuse for that kind of behavior.

After my son got punched in the stomach, I told him to fight back. He did. The bullying stopped. And that’s the messed up part. As a parent you want your kids to be safe, follow the rules, do the right thing, but … when bullying keeps happening, and that’s just the issue, it can and does in some circumstances, go on and on and on, what then? What’s the right answer to tell your kid then? Be afraid? Avoid that other kid the way I did, always wondering when he’ll do it again. Let him stare you down in the hallway? I told my kid to fight back after he’d been knocked around too many times, and the school did next to nothing, because by that point, I knew he had to defend himself or it would continue. Bullies like having the upper hand. It’s a power trip.

I’m not telling anyone to haul off and hit someone, don’t misread me. But we do need to teach our kids to speak up. Tell someone. I should have, and I think a lot of kids, like I was, are too afraid it will happen again, or get worse, if they say something. But it’s never okay to lay your hands on someone. Guy, girl, kid, adult, alien, superhero, whatever, it needs to stop.

And sadly, I’m only talking about physical stuff in this post. Verbal attacks, being excluded, and singled out, can be just as bad, if not worse. As a girl, I know how mean other girls can be, so don’t think I’m not calling the girls out, too. Girls should be supportive of each other instead of tearing each other down. I have never understood what that’s about.

As writers we have a strong voice that can be heard by a lot of people, so this is a call to all you writers out there to get behind the #WritersAgainstBullying movement. Post pics on Twitter, Facebook, (your page and the Writers Against Bullying FB page), your blog, wherever you’re on social media, and speak up.

This week’s Off The Beaten Track:

This week’s Off The Beaten Track: